Thousands of people gathered outside Town Hall in the city to stage a peaceful protest against the Citizenship Amendment Act (CAA) and the draconian NRC, defying prohibitory orders imposed overnight by the state BJP government. 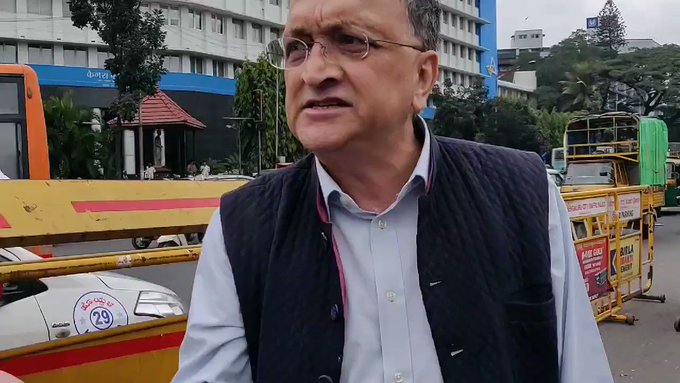 Protesters were brutally beaten up and dragged away in police vans, leaving many injured. They were then taken to police stations in Central Bengaluru. 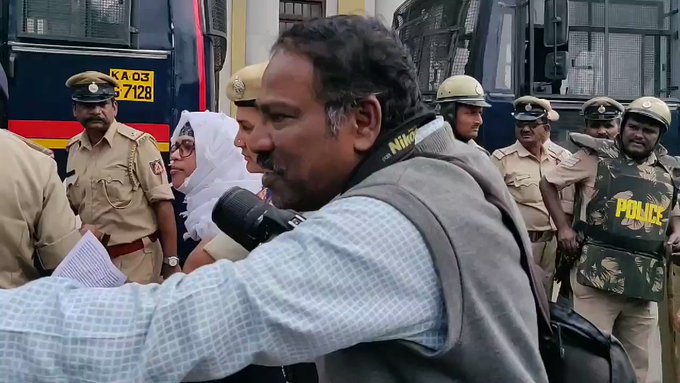 However, despite heavy security deployment and threats of arrests, within minutes of the police dispersing the crowd at Town Hall, a large number of people gathered in one of the nearby roads shouting anti-CAA slogans. The police were then forced to allow protestors to carry on with their peaceful demonstrations as they had planned earlier.

The BJP-ruled Karnataka government on Wednesday evening clamped prohibitory orders under Section 144 in Bengaluru and other parts of the state starting from 6 am on Thursday till the mid-night of December 21. Over 60 organisations cutting across religious lines had planned to stage peaceful protests in Bengaluru on Thursday and Friday.

Ant-CAA demonstrators across India carried out peaceful protests defying bans as anger swells against the highly sectarian and anti-Constitutional citizenship law, following days of protests and clashes that have left at least six dead.

According to the Act, members of Hindu, Sikh, Buddhist, Jain, Parsi and Christian communities who have come from Pakistan, Bangladesh and Afghanistan till December 31, 2014, and facing religious persecution there will not be treated as illegal immigrants but given Indian citizenship. The Act intentionally leaves out Muslims.

The BJP-led government has said the new law will be followed by a National Register of Citizens (NRC) that means Muslims must prove they were original residents of India and not refugees from these three countries. Non-Muslims listed in the law, by contrast, have a clear path to citizenship.

The religiously discriminatory mechanisms of the Act shares worrying similarities with the rhetoric and policies of the Nazi German state between 1929-1940.